Trek to Langtang if you want a relatively short itinerary with all the excitement of the Himalayas. Here, th trail is less crowded and the trek more rewarding. Hike up to Kyanjin Gompa to enjoy close up views of the Langtang range. While there climb to the top of Kyanjin Ri to enjoy a sweeping view of the massif  and Langtang glacier along with other peaks which include some of the popular trekking peaks.

This is one of the most accessible trekking regions nearest to the Kathmandu Valley which can be extended to week-long ventures into the lakes of Gosaikunda and the Helambu region. An ideal region if you are short on time but still want to trek in the Himalayas and experience the wonderful culture of the native Tamangs.

After the earthquake of April 2015 intense efforts were made to reconstruct and renovate. Since then the area has reopened for trekking, and the local people as always welcome trekkers back to the region.Langtang has over 70 glaciers of varying sizes, the Langtang and Ganesh Himal mountain ranges, and high-altitude lakes including Gosainkunda, Parvatikunda, Bhairavkunda, and Dudhkunda.The people in Langtang valley are almost entirely Tamangs whose culture goes back to ancient times to their origins in Tibet. The craftsmanship, cotumes, traditionally-built stone houses, and the beautifully carved wooden porches reflect their rich heritage. Protected as Langtang National Park, the area provides pristine Himalayan landscapes showcasing Nepal's natural beauty for trekkers to experience and gain an insight into the lifestyle and culture of the Tamangs who predominate.Located about 30 km north of Kathmandu near the Tibetan border and extending in an east-west direction, Langtang is bordered on the north by the Himalayas, dominated by Langtang Lirung (7,245 m), the highest peak in the area. To the south are the Chimse Danda (ridge), with the Ganja La pass (5,122 m), and Jugal Himal, culminating in Dorje Lakpa (6,989 m).  Glaciers spawned by the slopes of Dorje Lakpa, Langtang Lirung and other peaks feed the Langtang Khola (river).

The Langtang River passes through the high, gentle Langtang Valley before emptying in a raging torrent into the Bhote Kosi River through a long, narrow defile at the west end of the valley.

Whereas the major rivers of Nepal flow south from Tibet cutting through the Himalayan chain, the Langtang Khola, a major tributary of the Trisuli, flows east to west, cutting, as it were, across the grain of the country.

The Trisuli River, or Bhote Kosi River as it becomes above Dhunche, forms an important corridor and ancient trade route through the mountains between the Ganesh and Langtang Himal, to Kerung in Tibet.

The inhabitants of the Langtang Valley who are mostly Tamang people are strictly vegetarian and amomg them are Tibetans from Kerung who intermingled with them.

They are mainly sheep and yak herders, but grow some hardy grains and vegetables.  The daily life of the villagers include raising livestock, agriculture, and trade with Kerung in Tibet. Wheat, maize, potato, soyabean, and millet are their staple food. 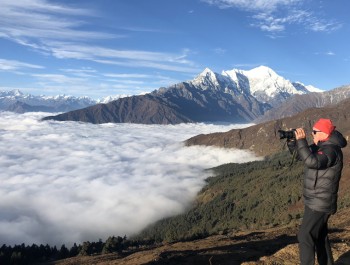 "The Moderates level trek which can be attempted by beginners as well. No prior experience is required! You will surely Enjoy the Journey." 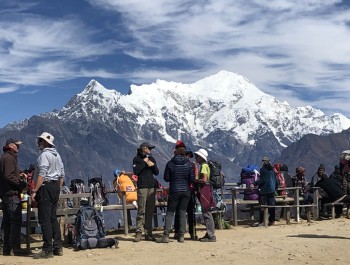 Langtang to Gangala pass 5122.m trekk is an unique beautiful trekking with the ever-changing landscape of beauty. 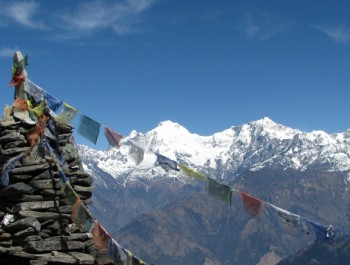 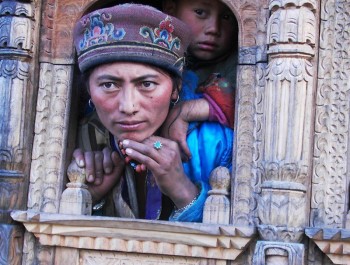 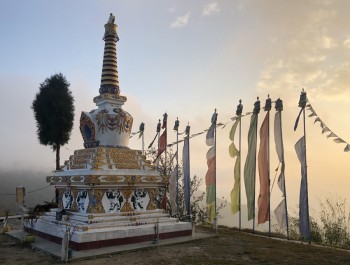 The Helambu area is just north of the Kathmandu valley. It's very popular for short trekking route 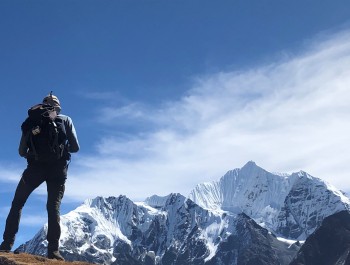 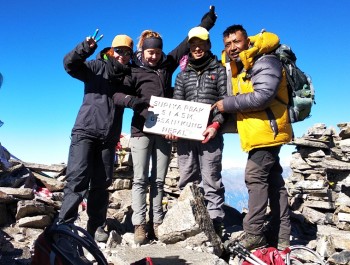 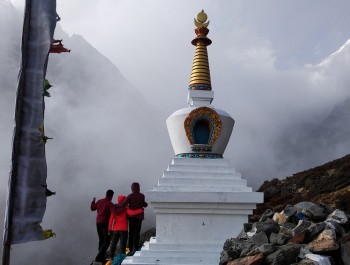 This Trekking area is situated on the Central Northern region of Nepal Ganesh Himal, Tsum valley with Manaslu Trek