Explorers such as Professor David Snellgrove and the Italian scholar Guiseppi Tucci and Michel Peissel visited Mustang in the 1950’s and it has largely been their tales of a Tibetan-like arid region locked off from the outside world that has fuelled interest in the area.

Recognising the special nature of this old, tiny kingdom, the Nepalese have imposed a surcharge for anyone wishing to trek past Kagbeni, the border of Upper Mustang. With legal trekking groups only being allowed in for the first time in March 1992, you would be part of a small privileged minority to visit this remote outpost of Nepal.

Mustang is the old kingdom of Lo. Actually, the capital of the Mustang district is Jomsom, but the real Tibetan style district lies north of Kagbeni and is usually referred to as Upper Mustang. The real capital, Lo Manthang, where the present king lives, is a fantastic square-walled town sitting on the ‘Plain of Prayers’.

Mustang has an average elevation of 13,200ft and is located to the north of the mountain giants of Dhaulagiri and Annapurna and is therefore north of the main Himalayan range and geographically is part of the highlands of Tibet. It is a vast high arid valley, characterised by eroded canyons, colourful stratified rock formations and has a barren, desert-like appearance.

One of the most fascinating features of Mustang is literally thousands of cliff dwellings, some of which look completely inaccessible. The most recent theory is that they may date 8 – 10,000 BC when Mustang was a much greener land.

Naturally, most of the history is now a matter of legend rather than recorded fact, but it seems clear that Lo was once part of Ngari, part of Tibet and a rather loose collection of feudal domains. It was incorporated into the Tibetan Empire under the most famous of the Tibetan kings, Songtsengampo. It was an important means of crossing the Himalaya from Tibet to Nepal, and many of the old salt caravans passed through Mustang. By the 14 Century much of Ngari became part of the Malla empire, whose capital was Sinja in western Nepal. Really, it became an independent kingdom in its own right, under the rule of Ame Pal, the founder king of Lo in 1380. The present royal family can trace its history 25 generations back to Ame Pal, and the city of Lo Manthang, which we will visit, was the centre of their power.

In more recent times in the 1960’s, Mustang became the centre for Tibetan guerrilla fighters who carried out small operations against the occupying Chinese. They were assisted by the CIA and the Tibetan Khampas were secretly trained in America. With Nixon’s visit to China in the 1970’s, the CIA’s support was withdrawn and the Nepalese managed to disband these resistance fighters. 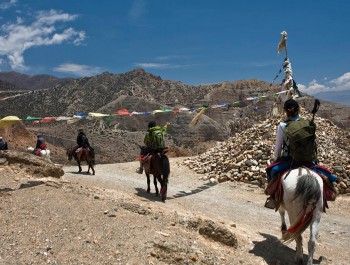 To trek in Upper Mustang is a rare privilege. Here you will experience the way of life of true mountain people. 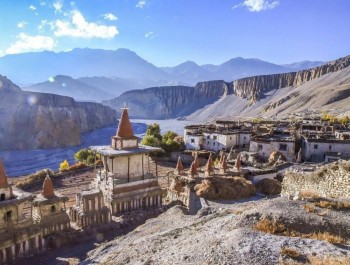 "Lo-Manthang Trekking Mustang, "The Kingdom Forbidden" is located north of the Himalayas" 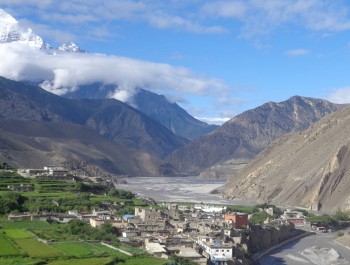