western of Nepal Rolpa, lying in a mid western part of  Nepal 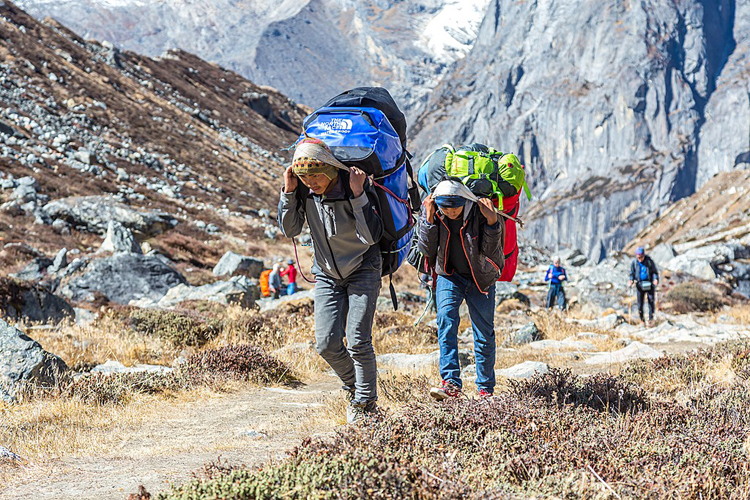 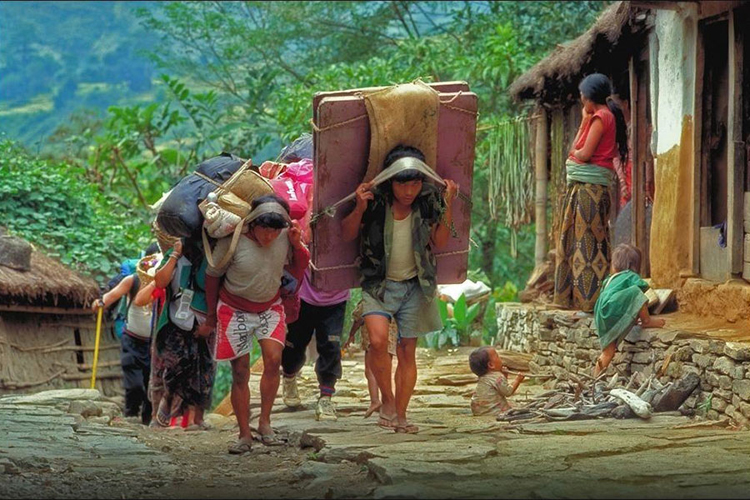 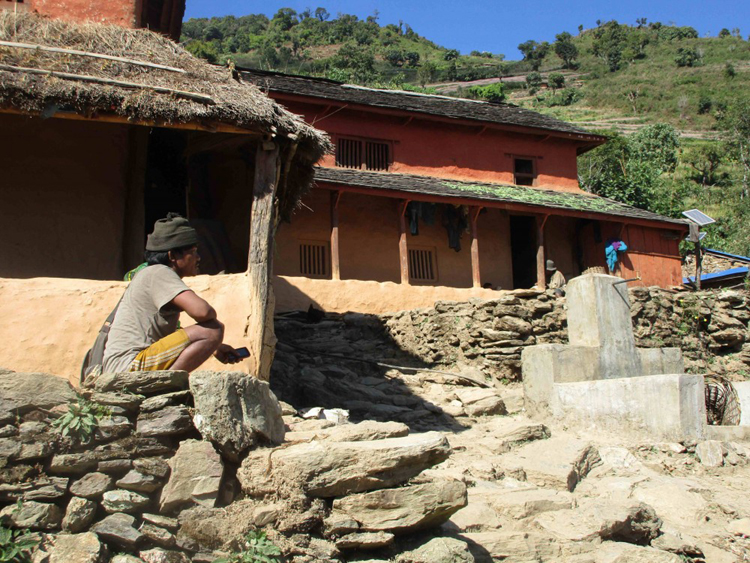 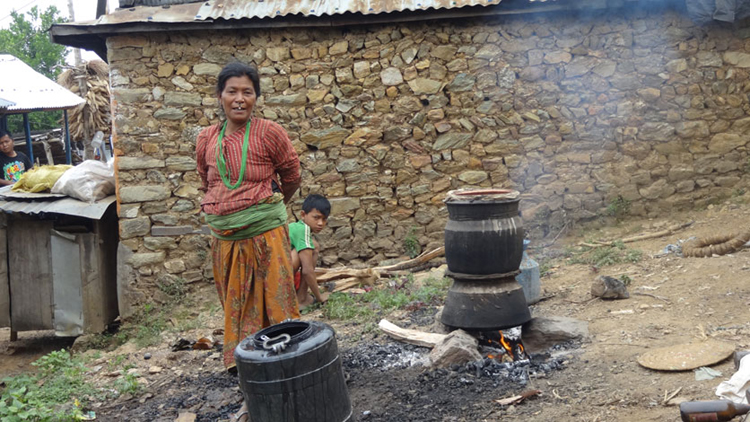 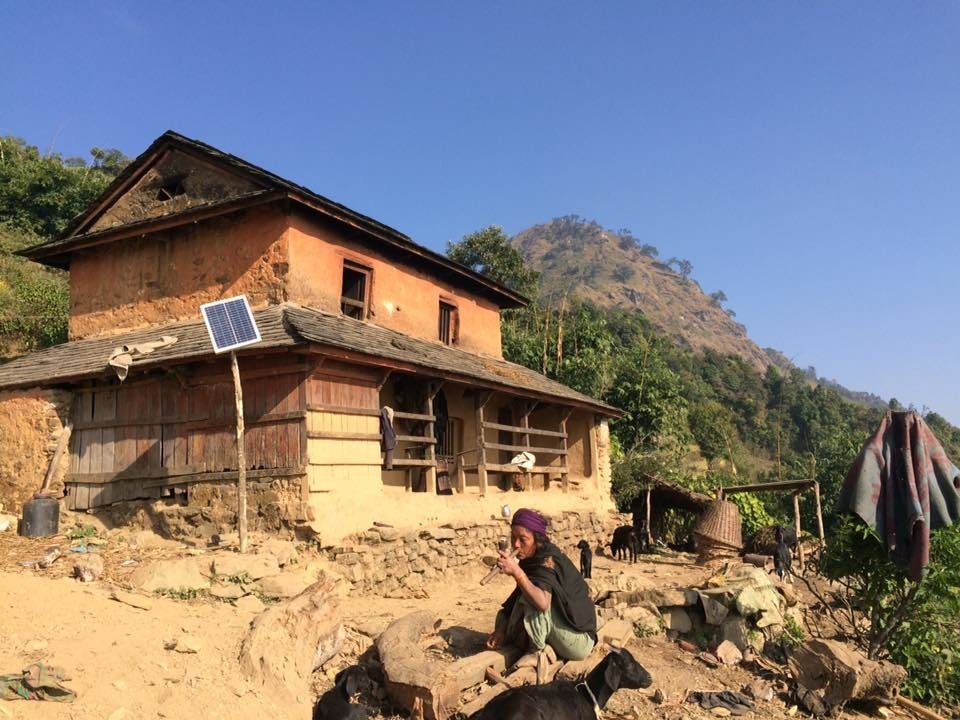 Rolpa, lying in a mid western part of  Nepal, is one of the most backward districts in terms of infrastructure. However, it is regarded as one of the exciting potential tourism destinations in the country because of its nature, culture and political history. District headquarters Libang lies approximately 300 km west of Kathmandu.

Kham Magars are the major inhabitants of the district followed by other groups like Brahmins, Chettris, Newars and Thakuris. Rolpa is the origin of the decade-long People’s War which claimed more than 10,000 people. Jaljala is one of the popular destinations in the district with immense tourism potentials - See more at: http://www.newgenerationtrek.com

Day 01: Kathmandu- Sulichaur (Drive 12 hrs)
The starting point of trek, Sulichaur, is connected by road from Kathmandu. Surface transport is the only alternative to reach Rolpa unless you charter a helicopter. You can fly to Bhairahawa and drive for six hours to reach Sulichaur. The hill drive is a joy with scenic attraction along the way. Night buses to Sulichaur leave from Gongabu Bus Park and you can reach Sulichaur early next morning.

Sulichaur is both the starting and ending point of this trek. It is a commercial hub of Rolpa district. Lying at an altitude of 810m above sea level, Sulichaur lies near the confluence of Lungri Khola and Fagam Khola. According to locals, early rulers of Sulichaur, the Kham Rajas, used to give capital punishment to guilty people at this very place. Medium range of accommodation is available at Sulichaur.

Day 02: Sulichaur-Kotalbara (1606m) – Drive: 4 hrs, Trek 4 hrs
The drive begins after breakfast at Sulichaur. The jeep drive on a graveled road passes through Sunchahari fall. Sunchahari fall (1450m) is one of the major attractions of the area. It can be reached after a drive of two and half hours from Sulichaur. Sunchahari is derived from two words – sun meaning gold and chahari meaning stream. Locals believed that gold used to flow in the stream in the past. After a drive of about half an hour, you reach Pobang – a small settlement ideal for tea and light snacks. There are a few teashops and a medical store Pobang. Fulibang, where the graveled road ends, is only half an hours of drive away. The trek starts after having lunch at Fulibang. The hike from Fulibang to Kotalbara is a gentle warm up with no steep climb. After walking on the smooth trail for two and half hours, you reach Sirkyang which offers magnificent view of hills, rivers and settlements below. A walk of about one and half hours from Sirkyang, takes you to Kotalbara (1606m) – the destination for the day. Kotalbara is a small settlement with basic accommodation facility available.

Day 03: Kotalbara- Commune village (2217m) – Walk: 7 hrs
This day is one of the most exciting days of the trek as you go through varieties of geographical conditions. After breakfast at Kotalbara, the walk passes through the normal trail till Posbang River. After crossing the suspension bridge over the river, the walk is mostly uphill. A walk of about four hours from Posbang River takes us to Posbang for lunch. Posbang is a small village with a few tea houses. After lunch, the walk passes through Dilbhanjyang (2576m) – the highest point of the day – to reach Sandho River. You walk upstream through the river because there are no trails available. After navigating the River for about half an hours, you reach Ajambari Commune – the destination of the day. Ajambari Commune (2217m) is perhaps the only remnant of Maoist’s People’s War. Based in purely socialist concept, this commune, which was established in 2000 at the height of insurgency, consists of two houses. As many as 22 families used to reside here during insurgency. At present, only four families are living in the commune. These families don’t have private property. The stay in this commune will give you the insights of people’s war, their motivation towards socialism and their innovation. In order to sustain themselves, they are looking for the alternative economic activities for which they have already initiated some modern forms of agriculture such as Truffle mushroom and ground apple.

Day 04: Ajambari Commune-Thabang (2000m)
Morning can be spent by talking to ex-combatants about their experience about the People’s War. After lunch at Commune, the trek progresses toward Thabang (2000m), popularly known as the headquarters of the People’s War. Thabang can be reached after a hike of about one and half hours through wild marijuana field from the Commune. If you have informed the local Magar community of your visit, you will be accorded warm welcome amidst enchanting music and colorful dance. Here, you can stay in homestay, teahouse or a commune. In the evening, you can enjoy cultural performance of the local Magar community.

Day 5: Thabang
Thabang is popularly known as the headquarters of People’s War. It is also the village which was affected the most during insurgency. The official Maoist document states that it is a place from where People’s War originated.

Bhumya Puja is one of the most significant cultural attractions you will observe in this village. Celebrated just before the start of monsoon (mid June), the whole village celebrate it for five days. Bhumya means land and puja means worshipping, hence this festival is about worshipping the land. The festival starts with a sacrifice of sheep or pig in Thabang River and Selsine marathon which is held among youths. Selsine is a marathon competition where any guy is free to pick a girl (whether or not she agrees) and run her away toward the river. Then they gather in a ground and dance for the whole day. Food, drink, song and dance are all what Thabangis look for over the next four days. The typical day start with invitation by a person through chant and people in the ethnic dress and ornaments gather in the ground and dance for whole day. The concluding ceremony includes dismantling of pole erected on the first day and throwing into the river.

Hiking to nearby Dhakpa hills is among one of the popular activities for tourists at Thabang. If you are lucky, you might be rewarded with the view of the endangered Red Panda. A walk of about three hours from Dhakpa will take you to the neighboring Rukum district. Another viewing point is Ghamchin which offers you views of mountains peaks like Sisne Himal, Otha Himal and other peaks in the Dhaulagiri range.

Day 06: Thabang-Jaljala (3107m) -- Walk 6 hrs
After breakfast, you will trek to Jaljala a place of great significance in terms of nature, religion, and politics to the Rolpa district. Situated at an altitude of 3107m above sea level, Jaljala can be reached after a steep climb about six hours from Thabang. There are no tea houses available along the trek. If you are traveling during monsoon, brace for the leech bites. Jaljala, meaning a water land, is a grassland that is wet almost round the year. There is a natural reservoir of water from where water flows in almost every direction all the year round. From April to September, wild flowers decorate the entire area. The place also offers beautiful views of Sisne Himal, Dhaulagiri and Otha Himal among others. Also, the Bhama Cave, which is yet to be explored to the fullest, is the other attraction of Jaljala.

Jaljala is also a popular pilgrimage for people of the mid-west. During the full moon of April, May and June, people from various part, be it Tarai or hills, travel to this region with sheep to sacrifice in the four temples (known as Than in local language). Hundreds of sheep are slaughtered during these three months. You need to be self-sufficient while traveling to Jaljala as no tea house is available there. However, there are a few Dharmashalas that offer accommodation to visitors.

Day 07: Jaljala- Dharampani (3600m)- Majhibang (2100m) – 7 hrs
After breakfast, you trek uphill towards Dharampani -- the highest point of the trek. Weather permitting, you can see various mountain ranges from here. Dharampani can be reached after a walk of three hours from Jaljala. Since there is no human settlement and the place is windy almost all the year round, it is recommended that you take packed lunch with you. After having lunch at Dharampani, the walk goes downward to Majhbang after crossing the highest pass of the trek. The pass is steep grasslands with narrow trail. This is the toughest part of the trek. There are no human settlements until you reach Nabang (3193m) from where you can reach Libang or Majhibang. Lying at an attitude of 2100m, Majhibang can be reached after a walk of four hours from Dharampani. Upon reaching the village, you will be welcomed by the local Magar people. Accommodation is at the home of one of the Magars.

Day 08: Majhibang
Majhibaang is one of the most advanced villages you will see during the trek. The houses are clean and well furnished, have toilets and improved cooking stove which consumes less wood and emits less smoke. Untouched by the road, it lies between the two rivers, giving it the name Majhi Bang (literally middle ground). A typical day in Majhibang starts by listening to the stories of people during the conflict. Trekkers can get to see mines and explosives used during the war. After lunch, you can visit the micro hydro project initiated by local people themselves. Also you can visit the iron and gold mines near the village which were believed to be in use in the past. In the evening, you can enjoy cultural performance by the local Magar people.

Day 09: Majhibang-Jailbang-Sulichaur – Walk: 2 hrs, Drive 4 hrs
After breakfast, a walk of about one and half hours take you to Jailbang which is popular known as the sister village of Majhibang. Here also you will be welcomed by the Magar community amid cultural performance. After lunch, a walk of about an hour takes us to the place where vehicle to Sulichaur is available.