The Kathmandu and Lumbini Tours is a journey that presents the best of both ancient cities of Nepal. 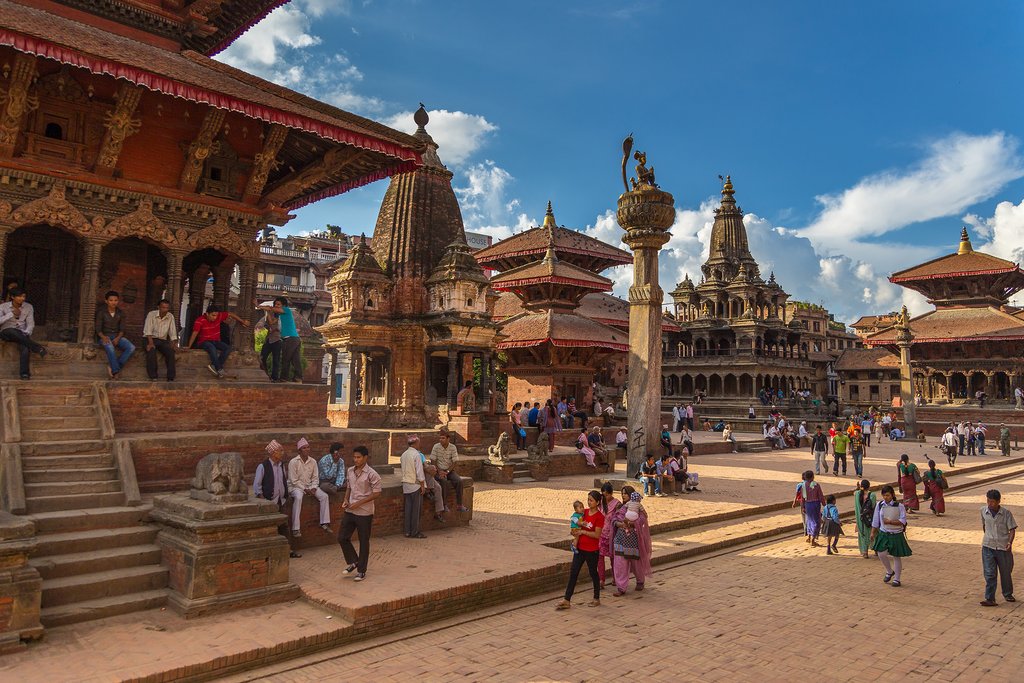 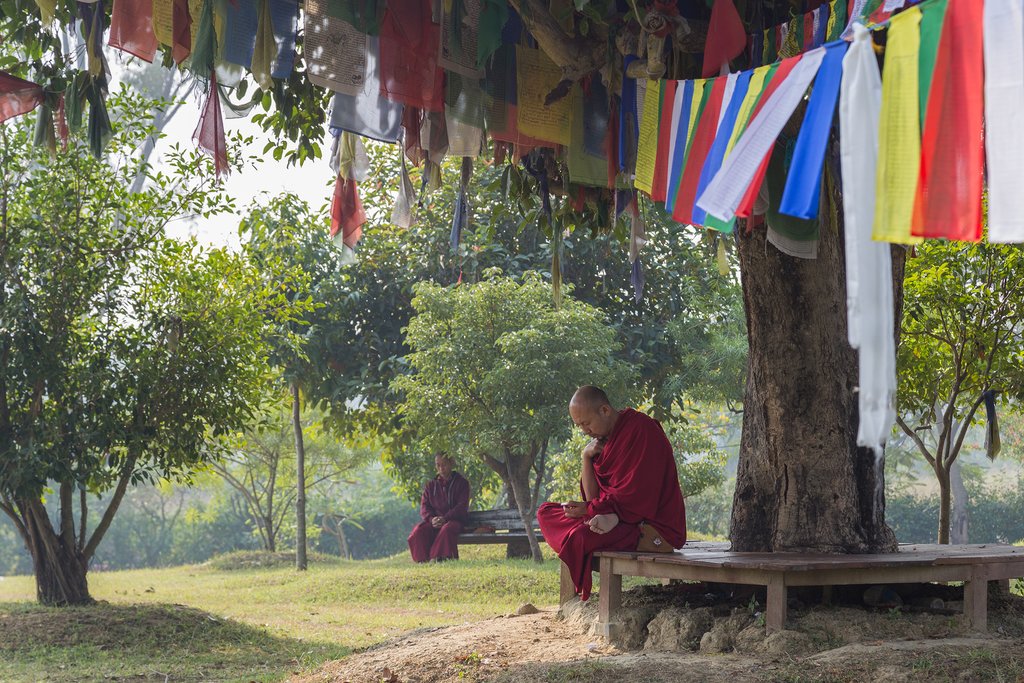 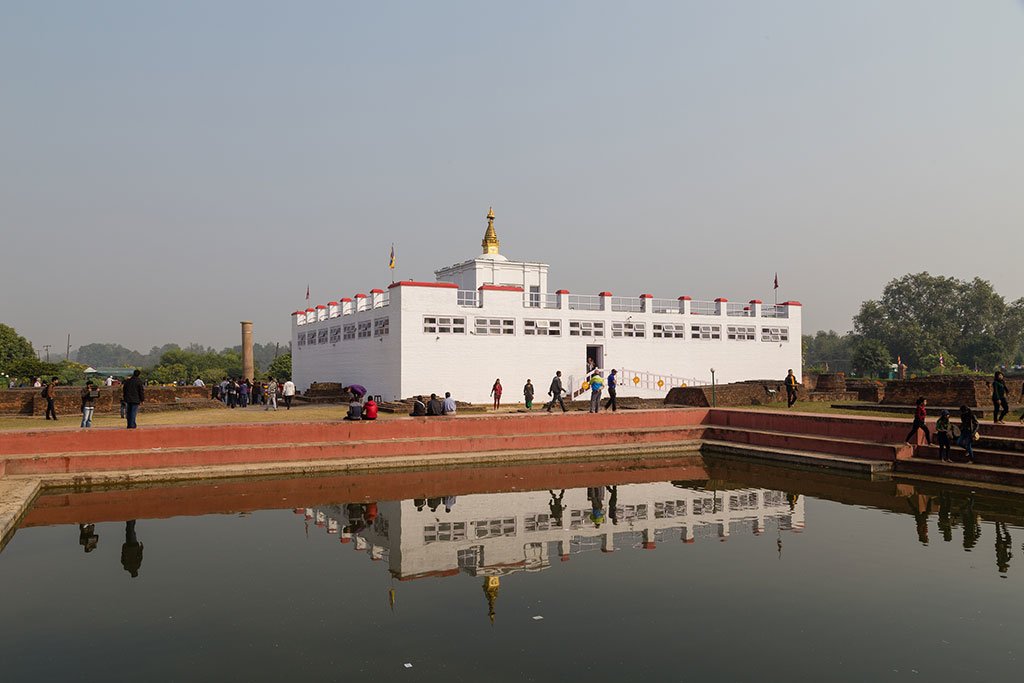 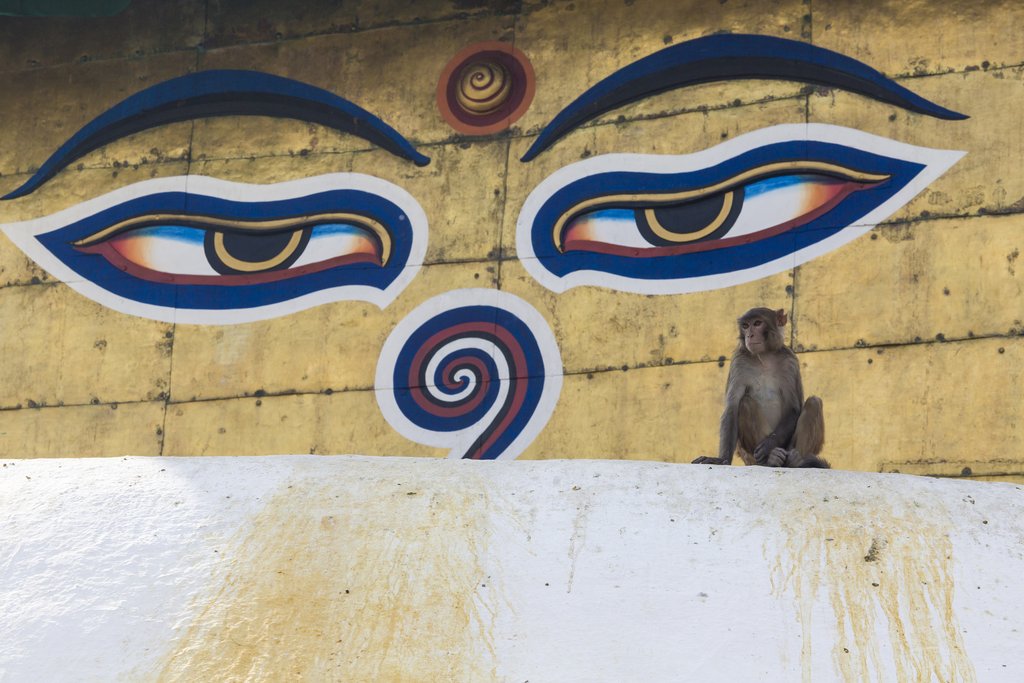 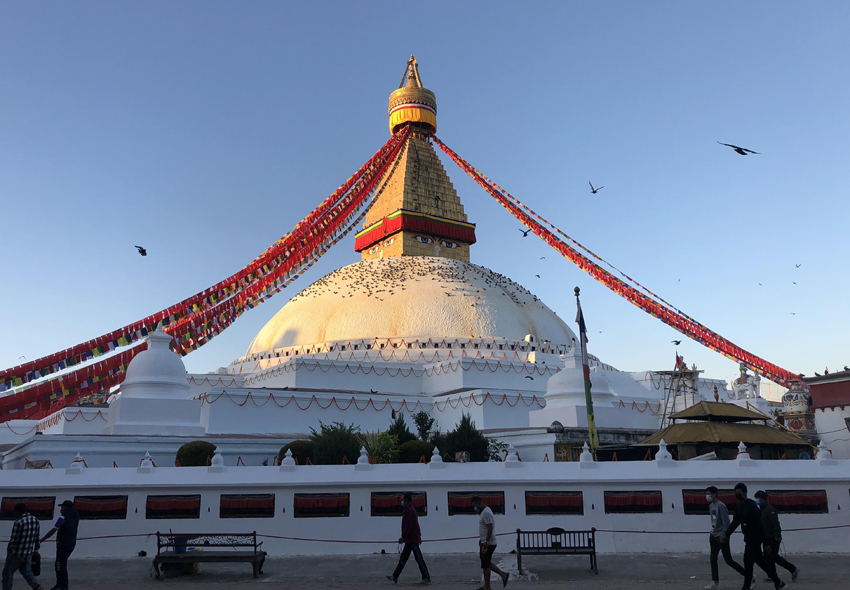 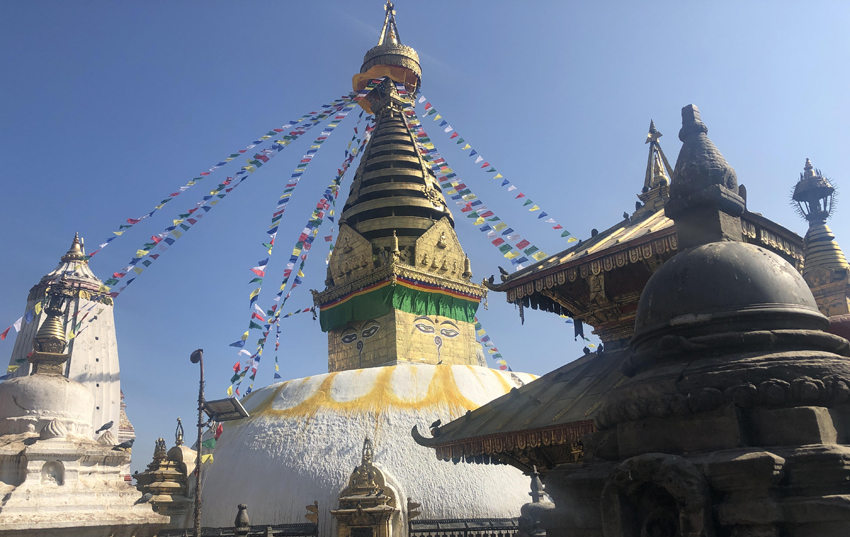 The Kathmandu and Lumbini Tours is a journey that presents the best of both ancient cities of Nepal. Kathmandu- the epicenter of the country’s arts, architecture and crafts in woodcarving and stone sculptures and masonry, has one of the densest concentrations of World Heritage Sites in the world. In the city alone, there are about four major heritage sites within reasonable distance from each other. Lumbini on the other hand, is one of the most revered Buddhist pilgrimage sites in the world. It is the birthplace of Lord Buddha- the founder of Buddhism and also referred to as “the Light of Asia”. Archeologically important as well, Lumbini has had many excavations where the remains of the palaces and temples since the time of Lord Buddha have been unearthed and preserved. Today, Lumbini is one of the most visited Buddhist pilgrimage site among the people of the Buddhist sect and there are many monasteries that have been built there, each showcasing amazing Tibetan and Buddhist art in forms of Thankas, wall paintings, stone sculptures and idols of legendary mythical animals. Touring the heritage sites of both ancient cities of Nepal presents amazing insight into the religious and historical aspects of the country, and the Kathmandu and Lumbini Tour lets you experience the cultural riches in the most comfortable of manners with pleasant hotel stays..

Start the tour first in the Kathmandu city where visits to heritage sites like the holy Pashupatinath temple, the Bouddhanath stupa, the Swayambhunath temple and the Kathmandu Durbar Square is done. Each of the sites holds their own importance in the context of Nepal’s religious and historical divisions. The Pashupatinath temple is held as one of the most important temples of the Hindu people and every year, thousands of pilgrims visit the temple during the festival and celebration of Shivaratri. It is located at the bank of the Bagmati River and sometimes, the cremation ceremony of the Hindu people can also be seen being performed at the temple by the riverside. The Bouddhanath is one of the largest Buddhist Mandalas in the world and has a dominating roof that towers above the area it is built at. The serene atmosphere of Bouddhanath makes visiting this Buddhist stupa one of the most relaxing and tranquil experiences. The Swayambhunath is another important temple located atop a hill in the city which is held sacred by both the Hindu and the Buddhist people. The Swayambhunath is also called the “Monkey Temple” because of all the monkeys that reside there. The Kathmandu Durbar Square is perhaps one of the most amazing showcases of Nepali architecture and art in its finest form. The Durbar Square of the city contains a complex that hold the old palace of the Malla and Shah kings who ruled over the city in medieval time along with many temples and statues that present one of the most spectacular wood carving and stone sculpture displays. Architecturally intricate and beautiful, the heritage sites each hold principal myths and tales that reflect Nepal’s past glories and dexterity that has been changed over the centuries. The Kathmandu and Lumbini Tour lets you explore these riches in the most comfortable and hassle-free event.

Then visit Lumbini and revel in the old sacred place’s many virtues like the Asoka Pillar that contains Nepal’s oldest inscriptions, the holy Mayadevi temple, the sacred Bodhi tree and the holy Puskarini pond along with many monasteries that are built in the most splendid architectural fashion. Circumbulate along the monasteries and immerse yourself in the peaceful atmosphere Lumbini presents. The well-preserved artifacts there present the opportunity to imagine what life was like here thousands of years ago, before Lord Buddha attained enlightenment and was just a mere prince who did not know about life’s struggles. The fact that the sacred place and temple here have managed to survive up till now is a miraculous feat in itself but their significance in the Buddhist culture enhances their attraction. The Kathmandu and Lumbini Tour perfectly captures the beauty of the sites and presents you with an experience that is rich and brimming with Nepal’s religious treasures in the most comfortable and relaxed forms.

You may arrive in Kathmandu at any time. Upon your arrival here, you will be greeted by one of Nepal New Generation’s representatives at the airport. He will help you get transferred to your hotel as well. Further plans and programs will be given to you then. After being check-into the hotel, you can relax for the remainder of time.

Overnight stay at hotel in Kathmandu.

Today, at early in the morning, the Kathmandu valley Sightseeing tour will start, with a first visit to the holy Pashupatinath temple. It lies on the banks of the Bagmati River and is one of the most revered holy sites of the Hindu people. The Pashupatinath is built in the pagoda style architecture and contains many smaller shrines outside the main temple as well. It is also the cremation site of many Hindu people and sometimes, the ceremony being performed can be experienced as well.

Then, the nest site on the tour is the holy Bouddhanath stupa. It is one of the largest Buddhist stupas in the world and is located about 11 km from the center and northeastern outskirts of the city. The influx of large populations of refugees from Tibet has seen the construction of over 50 Gompas (Tibetan convent) around Bouddhanath. The Stupa is on the ancient trade route from Tibet which enters the Kathmandu Valley by the village of Sankhu in the northeast corner. Tibetan merchants have rested and offered prayers here for many centuries.

The next site in the tour is the Kathmandu Durbar Square. It is known as the Hanuman Dhoka Durbar Square, a name derived from a statue of Hanuman, the monkey devotee of Lord Ram, at the entrance of the royal palace. The Durbar at the Durbar square was the royal Nepalese residence until the 19th century and was where important ceremonies, such as the coronation of the Nepalese monarch, took place. The palace is decorated with elaborately-carved wooden windows and panels and houses the King Tribhuwan Memorial Museum and the Mahendra Museum. Time and again the temples and the palaces in the square have gone through reconstruction after being damaged by natural causes or neglect. Presently there are less than ten quadrangles in the square. On 25 April 2015, an earthquake with an estimated magnitude of 7.9 hit the region and severely damaged the Square, reducing several buildings to rubble. The oldest temples in the square are those built by King Mahendra Malla (1560–1574). They are the temples of Jaggannath, Kotilingeswara Mahadev, Mahendreswara and the Taleju Temple. More and more temples and statues were added to the Square under different ruling kings over time. It is one of the most architecturally intricate showcases of Nepali art and the unique Newa architecture.

Then finally, the last site of the tour is the Swayambhunath Stupa- an ancient religious architecture atop a hill in the Kathmandu Valley, west of Kathmandu city. For the Buddhist Newari people, in whose mythological history and origin myth as well as day-to-day religious practice Swayambhunath occupies a central position, it is probably the most sacred among Buddhist pilgrimage sites. For Tibetans and followers of the Tibetan Buddhism, it is second only to Bouddha. After visiting each site, we will head back to the Hotel.

Overnight stay at a hotel in Kathmandu. Meals: Breakfast Included.

An early morning transfer to Bhairahawa will be done today. The flight from Kathmandu to Bhairahawa takes about 30 to 40 minute. Upon your arrival at Bhairahawa, you will be transferred to a 5-star hotel in Lumbini. After checking in at the hotel, we will begin our sightseeing tour of Lumbini.

Lumbini is the place where, according to Buddhist tradition, Queen Mayadevi gave birth to Siddhartha Gautama in 563 BCE. Lumbini is one of many magnets for pilgrimage that sprang up in places pivotal to the life of the Buddha. It has a number of temples, including the Mayadevi Temple and several others. Many monuments, monasteries and a museum- the Lumbini International Research Institute, are also within the holy site. Also there is the “Puskarini”, or the Holy Pond, where the Buddha’s mother took the ritual dip prior to his birth and where he had his first bath. At other sites near Lumbini, earlier Buddhas were, according to tradition, born, then achieved ultimate Enlightenment and finally relinquished their earthly forms. It is 4.8 km in length and 1.6 km in width and is bordered by a large monastic zone in which only monasteries can be built, no shops, hotels or restaurants. It is separated into an eastern and western monastic zone- the eastern having the Theravadin monasteries, the western having Mahayana and Vajrayana monasteries. The holy site of Lumbini also has ruins of ancient monasteries, a sacred Bodhi tree and the Ashoka pillar. From early morning to early evening, pilgrims can be seen from various countries perform chanting and meditation at the site. Nipponzan Myohoji decided to build a Peace Pagoda in the park in 2001, which is visited by many different cultures and religions every day. Because some Hindus regard the Buddha as an incarnation of Vishnu, thousands of Hindus also come here on pilgrimage during the full moon of the Nepali month of Baisakh (April–May) to worship Queen Mayadevi as Rupa Devi, the mother goddess of Lumbini. After spending time exploring and looking around at Lumbini and its many monasteries, we will return back to the hotel.

Day 04 - Transfer to the airport and fly back to Kathmandu

An early morning flight back to Kathmandu will be taken today. After arriving back in Kathmandu, you can spend the rest of the day as you please, shopping or just roaming around the streets of the city.

Overnight stay at the 5-star hotel in Kathmandu. Meals: Breakfast and Dinner included.

Approximately three hours before your scheduled flight, you will be transferred to the airport by one of Nepal Hiking Team’s representatives, from where you will depart.